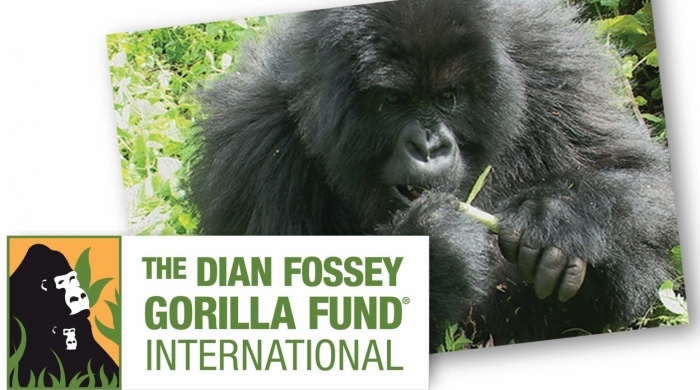 This foundation was invented from and after Dian Fossey’s work a zoologist who undertook some great work to conserve and protect the mountain gorillas of which she founded the Karaoke research centre in Rwanda at volcanoes national park in 1967.

It was established in 1978 as the digit fund by Dian Fossey getting its name from her favorite gorilla Digit which was killed by the locals. However in 1992, it changed to its current name the Dian Fossey Gorilla Fund International a few years after the death of Dian Fossey. The organization has more 40 years experience in gorilla protection and conservation from its inception by founder Dian Fossey.

Dian Fossey Gorilla Fund International has a mission of conserving and protecting gorillas and their natural homes in Africa. It is dedicated to promoting recurring research on gorillas and their fragile natural environments and also educating about the essence of gorillas to the world. In alliance with other international partners and the government organizations, the foundation also gives aid to the locals around the protected areas through health, prosperity ventures and education.

Work done by The Fund

The workers of The Fund that are the scientists ,educators and the trackers in both Rwanda and Congo operate everyday in the park ensuring the gorillas are protected from diseases, loss of habitats and poaching. The Karisoke research center has been studying and safe guarding the gorillas never living them at any one time.

It does conservation activities on various levels in its places of jurisdiction with the local people and around the entire globe. Karisoke research center protects the gorillas at volcanoes national park in Rwanda on a daily basis. It has also extended its operations to stipulating and publicizing gorilla conservation challenges on a wider regional scale for example, in Congo it is working with Kahuzi-Biega national park and also tracking the un-habituated families of the East-lowland gorillas.

It also conducts and carries out scientific research and at times with major universities around the world. Karisoke’s daily data collection of behavioral, environment and demographic of gorilla is also acknowledged as it is the longest running studies of any primate.

The Fund has also extended its activities beyond the borders of Rwanda as the protection of Grauer’s gorillas (the Eastland gorillas) as well as other endangered species like the golden monkeys within the gorilla’s habitats is also being undertaken.

The Fund has also set up a handful of education, health and economic development incentives in conjunction with the local communities, nongovernment organizations, government, and universities as one of the objectives of the fund is to put up a conducive environment for both gorillas and the people and also make Africans the major leaders in conserving their natural resources which will help them in the future years.