At the extreme South-western corner of Uganda lies a magical land known as Mgahinga Gorilla National Park, the country’s smallest National Park extending for about 33.7 square kilometers. Even with its small size, it’s one of the two only places in Uganda where you can actually encounter the critically endangered Mountain gorillas and only place to see the endangered Golden monkeys during Uganda safaris. Currently, the park has one habituated gorilla group known as Nyakagezi, this means, only 8 gorilla permits available per day for visitors.

Established in 1991, the largest part of Mgahinga National Park is covered by thick forests thus making it a perfect place for spotting the forest bird species and an ideal birder’s Paradise for a birding safari. This small Park is a Paradise to over 115 extraordinary species of birds and more than half of them can be encountered in a single birding trip. This invigorating activity is conducted in the company of trained guides who takes tourists through the dense verdant forest and identify the species even from their sounds and colors.

There are several trails but the best is the gorge trail that goes half way up Mount Sabinyo. This 3-4 hour long trail passes through the region between Sabinyo and Gahinga providing stunning scenery as well as beautiful species of birds such as the Black-headed Waxbill, Cape Robin-chat, the Bronze Sunbird, Kivu-ground Thrush, Blue-headed Sunbird, the olive Thrush, Streaky Seedeater, Brown-crowned Tchagra, Rwenzori Batis, Dusky turtle Dove and Regal Sunbird among others.

Other ideal birding areas within Mgahinga National Park are areas around the Bamboo belt that stands at an altitude of 2500 meters above sea level and regions occupied by the tall montane forest that stands at 2660 meters above sea level. The commonly spotted species of birds are the Rwenzori turacos that inhabit areas of up to 2700 meters above sea level. There are also birds such as the Doherty’s Bush-shrike, Chubb’s Cisticola and the Red-faced Woodland Warbler along the edge of Uganda-Democratic Republic of Congo around the ground level. Other species that inhabit the Park include Paradise flycatcher, Black kites, white-necked ravens, speckled mousebirds, Archer’s robinchat, Olive woodpeckers, Rwenzori Batis, yellow vented Bulbul, Grey-capped warblers, Dusky crimsonwing, olive woodpeckers, olive pigeon, Rwenzori nightjar, Blue-headed coucal, Kivu ground thrush, Alpine chat and Pin-tailed Whydah among others.

Much as you can enjoy birding within this Park at anytime of the year, the wet season is slightly challenging because most trails and wet and slippery thus you will always have to be prepared at all times by carrying long sleeved shirt/s, long trousers, a pair of binoculars, camera, strong waterproof hiking boots to walk easier during the wet season when trails are wet and slippery, insect repellant to keep insects such as mosquitoes away during the adventure,  a rain jacket because there are high chances of it raining even in the dry season due to the high altitude and thick vegetation of the Park, carry snacks/packed lunch and enough drinking water to keep you hydrated and energized during the activity.

Much as the main focus of birders is the numerous bird species, other residents of the Park such as Buffaloes, waterbucks, elephants and bushbucks can be spotted during birding safaris in this Park. 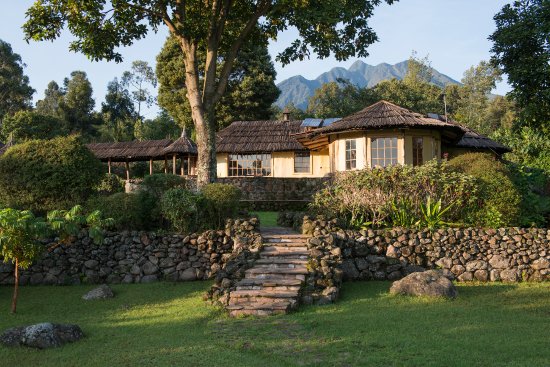 This activity can be done all year round much as the perfect time is the wet/rainy season from April to May and October to November because during this time, migratory birds visit the Park. However, other activities like game viewing, golden monkey tracking and gorilla trekking are best enjoyed during the dry season from June to September and December to February.